Home Noticias The Court of Milan issued a decision

With reference to the patent case involving Alfa Solare and the Italian portion of Ensinger’s patent n. EP1242709, we inform you that the Court of Milan issued a decision on 2020 November 20th, in which it stated that Alfa Solare’s products for thermal barrier, do not infringe said Ensinger’s patent (which was declared valid).

With the same decision, Ensinger Gmbh was ordered to pay a compensation to Alfa Solare because it had sent a slanderous letter to one of its clients.

Said decision is no longer appealable by Ensinger Gmbh or Alfa Solare.

The relevant operative part of the decision of the Court of Milan is published below. 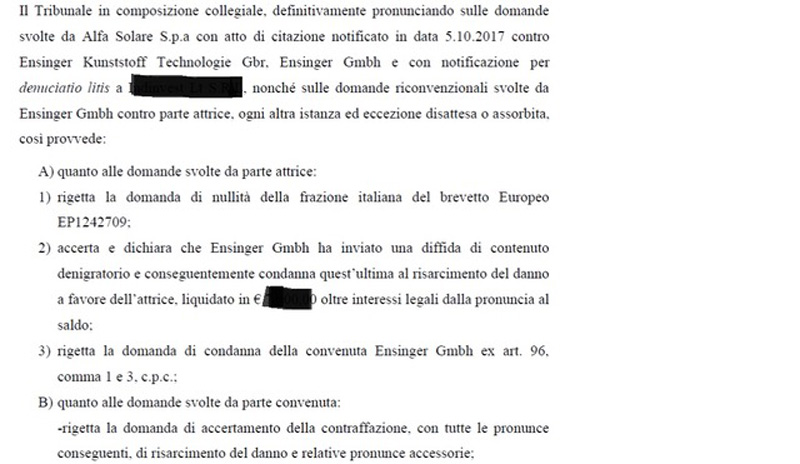